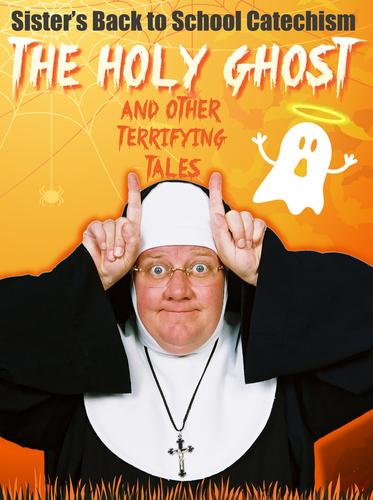 Sister's Back to School Catechism: The Holy Ghost and Other Terrifying Tales

It is that time of year again and Sister is preparing her classroom for another long year of Catechism. You are in store for another hysterical lesson with "Back To School Catechism: The Holy Ghost and Other Terrifying Tales." In this session we find out the Church's take on all the familiar Halloween tales of Ghosts and Goblins. Full of Sister's signature class participation, you may get hands on experience in how to build a Catholic appropriate Halloween costume.

Late Nite Catechism written by Vicki Quade and Maripat Donovan, made its debut May 28th, 1993 at the Live Bait Theatre in Chicago, Illinois and since then has grossed over $100 million in box office receipts. It has been presented in over 410 cities around the world, has played 6 countries with more than 3.5 million people in attendance. The show has raised over $4 million for retired Sisters and Catholic Organizations. There have been over 100 “Sisters” presenting the 8 shows in the series. Late Nite Catechism is, an uproarious piece of theater that takes audience members back - sometimes nostalgically, sometimes fearfully to the children they once were. The irrepressible Sister teaches an adult catechism class to a roomful of “students” (the audience). Over the course of the play, Sister goes from benevolent instructor, rewarding the “students” for correct answers with glow-in-the-dark rosaries and laminated saint cards, to authoritative drill sergeant. These abrupt mood swings are bound to strike a resonant chord with everyone who survived the ups and downs of going to school, with an omniscient authoritarian at the helm. 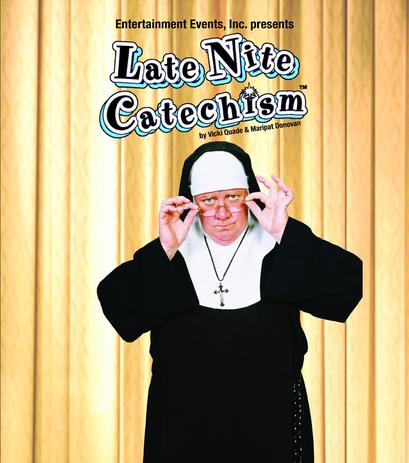 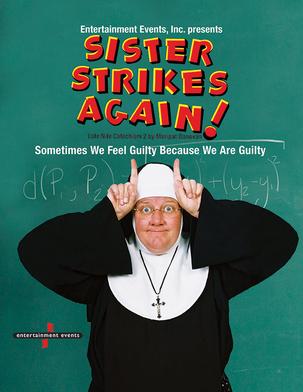 It’s up to Sister to save the souls of those assembled – aka the audience! Beginning with an overview of heaven and hell as a Catholic version of Chutes and Ladders and moving onto her proclamation of new sins for the new millennium, Sister is never hesitant to tell us where we’ve gone wrong. (Needless to say, excessive tattooing and piercing are right up there with pornographic websites and dining at Hooters.) And never doubt that she can provide a list of every celebrity currently sharing digs with the devil. No one is excused from Sister’s firm belief that ‘sometimes we feel guilty because we are guilty.

'Til Death Do Us Part:Late Nite Catechism 3

After teaching countless students about the saints, venial sins, limbo and more, Sister is now offering up hilarious lessons on the Sacraments of Marriage and the Last Rites, including her own wacky version of the Newlywed Game. Classroom participation is a must, so bring along your sweetie and your sense of humor for a session with the country’s feistiest couples counselor! 'Til Death Do Us Part is the latest class to be unveiled in this sinfully funny series. 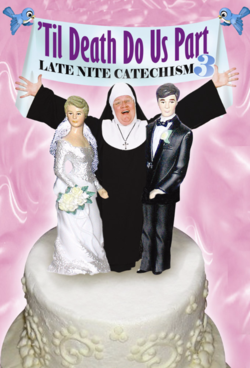 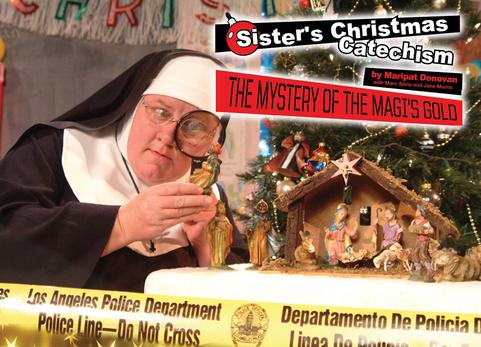 It's "CSI: Bethlehem" in this holiday mystery extravaganza, from the author of Late Nite Catechism, as Sister takes on the mystery that has intrigued historians throughout the ages - whatever happened to the Magi's gold? ("We know that Mary used the frankincense and myrrh as a sort of potpourri - they were in a barn after all.") Retelling the story of the nativity, as only Sister can, this hilarious holiday production is bound to become a yearly classic. Employing her own scientific tools, assisted by a local choir as well as a gaggle of audience members, Sister creates a living nativity unlike any you've ever seen. With gifts galore and bundles of laughs, Sister's Christmas Catechism sure to become the newest addition to your holiday traditions.

Sister’s Easter Catechism: Will My Bunny Go to Heaven?

Celebrate the Easter Season with Sister as she answers the time worn questions of the season like “Why isn't Easter the same day every year like Christmas?” and “Will My Bunny Go To Heaven?” Part pageant, and wHOLY hysterical, this latest of the sinfully funny Late Nite Catechism series unearths the origins of Easter bunnies, Easter eggs, Easter bonnets, Easter baskets, and of course those yummy Easter Peeps. Sister answers questions about pet heaven and the significance of those adorable baby chicks! Classroom participation is a must, so don’t forget to wear your Easter bonnet and join Sister for this seasonal treat! 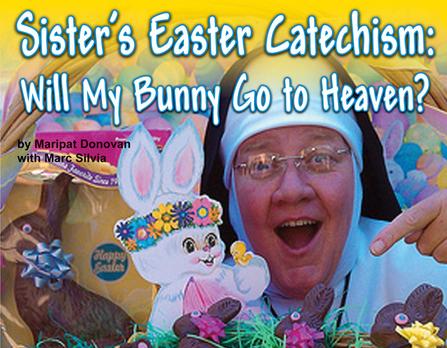 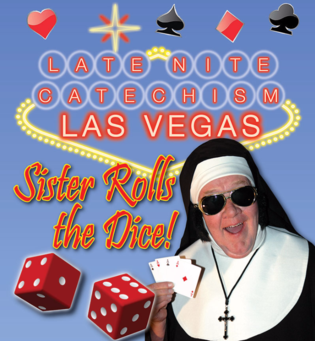 The Naples News calls it “sharp, witty and spectacularly brilliant” and says: “Anyone from Buddhists to Zoroastrians will enjoy attending this ‘Late Nite Catechism’." The convent needs a new roof, so the order has decided that Sister (with her extensive gambling experience running the Church Bingo for the last 25 years) will organize a Las Vegas night! Sister will tackle topics ranging from Magicians and Show Girls to live animal acts and the dangers of drive-through marriage chapels. Don’t forget: “What happens in Vegas may stay in Vegas”, but God sees everything!

It's summer and Sister is NOT happy. It seems the diocese has decided to offer a summer school catechism course for those students who weren’t paying attention all year. Instead of three relaxing weeks at the motherhouse, Sister is stuck with her students this summer! And summer is already rough enough for Sister – try wearing 50 pounds of gabardine in 90-degree heat! Sister will discuss such questions as, “Did Jesus have to go to summer school? Or “What is an appropriate summer vacation for a practicing Catholic?” And she’s sure to talk about the best way to make use of what’s left of your summer vacation. Beat the heat with Sister this summer, and if you know what’s good for you, don’t be late! 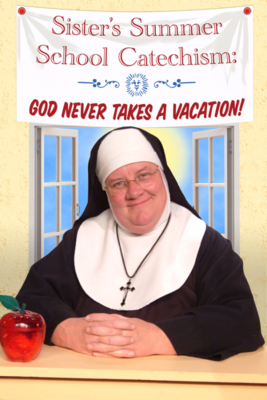